The oeuvre of Claude Monet is composed of many different paintings depicting both people and nature, very often in close connection. Monet is one of the most prominent impressionists and he is considered to be the most influential artist of this circle, but in some paintings he used methods of dealing with color and light in the ways that are slightly different from his “purely impressionistic” paintings. This paper will argue that Claude Monet’s painting Vertheuil in Summer (1879) is not typical of Monet’s oeuvre because of very inventive and unusual combination of color and light (Fig. 1). It will do so by analyzing several of the key art elements and design principles in Monet’s painting.

The paper will also examine another Monet’s painting called The Cliff Walk at Pourville (1882) to show that the artist usually preferred more harmonious color usage (Fig. 2). Then the paper will compare the analyzed painting with Impression, Sunrise (1872) to prove that the main principles of impressionism were slightly modified in case of Vertheuil in Summer (Fig. 3, Fig. 1). The elements of art that will be considered are space, texture, and color in combination with light, and the design principles are balance, emphasis and movement.

Vertheuil in Summer depicts a small town on the banks of the River Seine (Fig. 1). The bottom half of the painting shows the waters of the river and the upper half is divided into two parts that are occupied by different town building and the sky resting in the top of the high hills. The waters are flowing quite peacefully and it is almost impossible to see any distinct waves on the surface of the Seine. The town houses and the building of the city hall and church are covered with mauve of a very hot summer day that makes all the objects blurred. Vertheuil has almost nothing in common with large French cities, like Paris or Le Harve, that were also often painted by Monet. There are much green that embraces the town and covers the hills. It is a very placid and tranquil place that inclines people to admire the nature and live in harmony with the surrounding world. Although the painting does not depict any people, the viewer is sure that this town is not empty, but full of different people who perhaps suffer from the summer heat in the same manner as the nature depicted by the artist.

Color and light obviously play a crucial role in this painting, but it is impossible to focus only on these elements and neglect all others. Monet paid much attention to space in Vertheuil in Summer (Fig .1). The painting seems almost boundless as there are “no clear limits for the movement of the viewer’s eyes”. Moreover, the imagination makes the audience think of the places behind the hills that are not shown in the painting. To show the surface structure of the water Monet hardens the texture of the brushstrokes in this area, but softens it on the sky and hills, thus opening the space even more. The painting is perfectly balanced. It is divided into two equal horizontal parts by the green stripe of the grass on the bank of the Seine. This green area and the building of the church serve as the emphatic center of the painting. As the atmosphere of the painting is very peaceful, the same can be applied to the movement inside the painting. The eyes of the viewer move in the same manner as people on such a hot day – very slowly and without any sudden jumps. Vertheuil in Summer lets the viewer feel the atmosphere without focusing much on the specific details.

Comparing this painting with The Cliff Walk at Pourville can explain why Vertheuil in Summer occupies a special place in Monet’s oeuvre (Fig. 2, Fig. 1). However, it must also be remembered that Vertheuil in Summer is not the only work where Monet experimented with color and light (Fig. 1). There are many other examples of an inventive and original approach to impressionism principles and many scholars speak of “Claude Monet’s habitually high level of variability in painting”, but Vertheuil in Summer is one of the best examples to show the way Monet did it (Fig. 1). The Cliff Walk at Pourville offers an example of the traditional for Monet combination of colors and shades (Fig. 2). Kalitina and Brodskaia (2011) argue that when a person looks at this painting, his eyes are not focused at one particular point, but wander on “the fleeting reflections of light on the grass, on the women’s dresses and on the… parasols”. The same idea can be true for Vertheuil in Summer, but the methods used to achieve it are very different from other paintings (Fig. 1). It is clearly seen especially on the part of the painting that depicts grass and water that Monet’s usual way of combining colors is much softer. Besides the approach to showing a very hot summer day is also very different in Vertheuil in Summer if compared to The Cliff Walk at Pourville (Fig. 1, Fig. 2). Monet does not plunge the nature into the mauve, but depicts everything very clearly, so many of Monet’s summer paintings can be called very optimistic in contrast to Vertheuil in Summer which rather creates the atmosphere of “summer stupor” and unbearable heat causing suffering to the town and its people (Fig. 1).

One of the most famous Monet’s paintings is Impression, Sunrise (Fig. 3). There are many similarities between this painting and Vertheuil in Summer (Fig. 1). Both works of art depict the harmonious interaction of the urban life and the nature. Water plays a crucial role in both paintings and symbolizes the constant changes taking place in all spheres of life, no matter whether the artist shows a small city with less than a thousand inhabitants as Vertheuil or a large harbor as La Havre. However, the principles Monet uses to convey the caprices of water are very different. The texture in Impression, Sunrise is rather smooth, but the water also looks calm even despite the fact that there are some bots and large ships moving in the distance (Fig. 3). In this painting Monet uses large areas of one color to show the absence of large and middle waves on the surface of the water. There are only some distinct horizontal brushstrokes in the central part of the painting implying that the water is not a monolith without any movement. However, the river in Vertheuil in Summer is a mixture of a multitude of small colorful brushstrokes (Fig. 1). It does make the viewer think that the water is rapidly moving, but draws attention to the great number of reflections shimmering on the surface. Moreover, these small dots of different colors are not blurred that is typical of most Monet’s paintings including the above-mentioned The Cliff Walk at Pourville (Fig. 2). They are quite distinct, especially in case of various reddish shades used both in the upper and bottom halves of the painting.

To conclude, Vertheuil in Summer is a bright example of Monet’s great creativity and innovative approach to the usage of impressionism principles (Fig. 1). Without violating the basis of impressionism as an artistic movement he manages to create a painting where color and light are combined in such a specific way that it makes Vertheuil in Summer not typical of Monet’s oeuvre (Fig. 1). This painting also proves that at the same time Monet remained quite traditional as to the elements of art and principles of design, such as balance or emphasis. 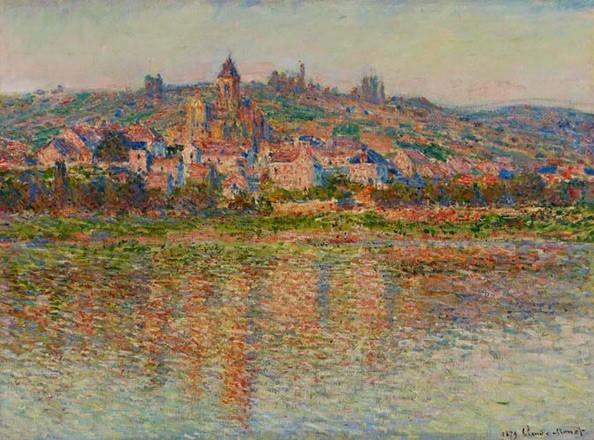 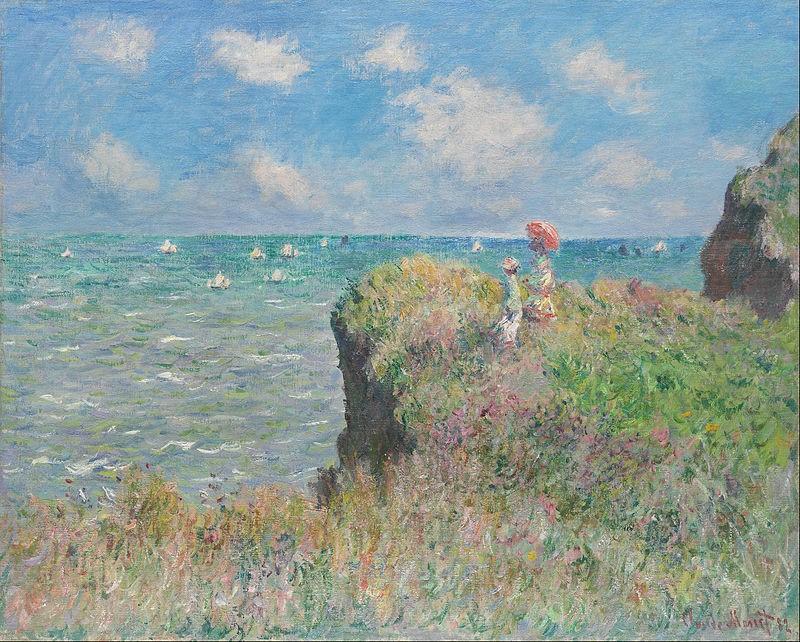 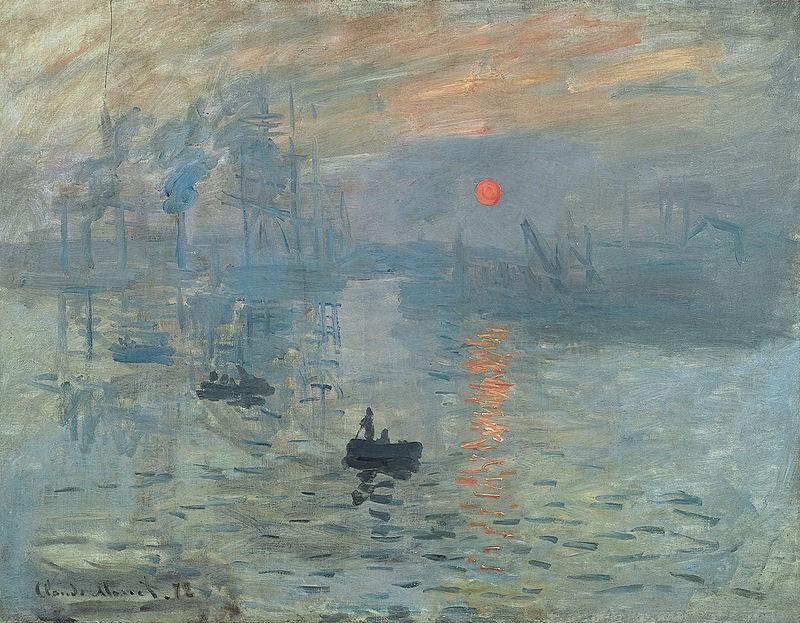