Things You Probably Did not Know about Creativity 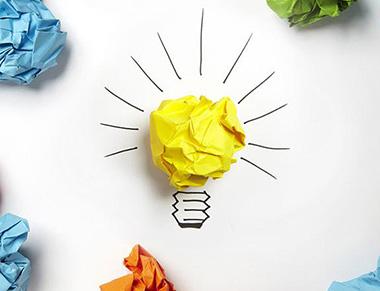 Researchers at the University of Haifa have recently explored how human brain works when a person is coming up with new ideas, which is an act called "creativity." There was a study conducted, in which the subjects were given 30 seconds to create original ways to use certain objects. Each subject got a creativity score based on frequency. Those answers, which were frequently given, were scored low on creativity and those ones, which were rarely given, were scored high. After it, the subjects were given 30 seconds to provide the best description of each object based on their characteristics. During both stages of the research, the subjects were monitored by functional MRI technology so that the researchers could see which creativity part of the brain was active during that experiment.

The research demonstrated two different parts of the brain working simultaneously when subjects provided highly creative answers: the associative region of the brain, which we use when we are daydreaming, and the left-occipital temporal region, which is associated with cognitive control and inhibition. It means that in order to create an original idea, we need uninhibited free-association and the ability to monitor our own ideas and place them in the context of the rules, which surround them.

Cognitive Remediation Therapy and Its Exercises

Human ability to produce new solutions to unfamiliar problems while also incorporating feedback from environment is called "cognitive adaptability." It requires such skills as working memory, cognitive flexibility, and planning - the ones, which are also often stunted as the side effects of schizophrenia and traumatic brain injury. For this reason, psychiatrists have developed Cognitive Remediation Therapy, which is designed to improve those skills as being very important for creative problem solving. Do you want to know how to be more creative in thinking? Psychiatrists offer a series of cognitive exercises, which include detecting and responding to rules as their main components.

For example, the Wisconsin Card Sorting Test. This exercise requires from a participant to match the sets of cards of different colors, shapes and numbers. The snag is that a subject is not told by which feature to match them - only whether a match is right or not. First, a subject might assume that they have to match by color, but the administrator can then switch the rule without saying so, continuing to affirm the correct matches, and the subject has to detect the new rule on his or her own.the Stroop Color Test

Similarly, . In this exercise, the subject has to read aloud the names of colors in the text colored differently to the word, which it represents (for instance, the word "red," printed in blue ink). This test is designed to strengthen participant's directed attention, and the ability to filter out irrelevant information and impulses.

Exercising our ability to find solutions within a set of rules, to question our fundamental assumptions, looking for ways to express creativity and to evaluate whether our solutions are viable can greatly help us improve our brain.

Fortunately, there are multiple opportunities in our life to practice such skills and strengthen our creative cognition, many of which are very fun.

Probably, there is no better microcosm of real-world creative problem solving than games, which we have been instinctually playing since we were kids. Due to games, we get into a micro world, which is governed by a set of rules within which we must operate to reach a certain goal.

Recently, a research has been conducted to see whether games and video games in particular can help stimulate creative and adaptive thinking. According to the result, five principles of video game design are able to help strengthen creative problem solving. These included unmanifest set of rules, unmanifest shifting of rules, dynamic and shifting environments, certain degree of open-ended gameplay, and unmanifest reinforcement for actions to lead to a goal.

There are some more tips on stimulating creativity, which you can use when you are stuck on some issue or do not know where to begin when trying to generate a unique idea.

Question your suppositions and change the rules

If you face difficulties when trying to find a solution to a problem, change the way you frame that problem. This way, you increase chances to find an unexpected and original solution. For example, instead of trying to reach a solution, question not how to get there, but what you would like to get as a result. If your question is, "How can I write something useful and interesting?" try changing it to "What would I like the person reading my work to think?" After it, switch up how to get to that goal. It may work better in other format, depending on situation.

Daydream while you work

For this reason, many people prefer to study with music on the background. This way, your brain gets an opportunity to pick up and process new information while performing an unrelated task. It means that daydreaming during working process can provide you with associations you may not have otherwise made. So, when you cannot generate a new idea or find it too limited and narrow, some kind of background noise might become a great solution.

Such card games as poker force you to recognize and group different suits and colors into certain units of meaning. Chess requires players to hold in mind a map of numerous objects' locations on a board and plan movements of those objects a couple of steps ahead. Develop the cognitive components of your creative skills by playing these kinds of games.