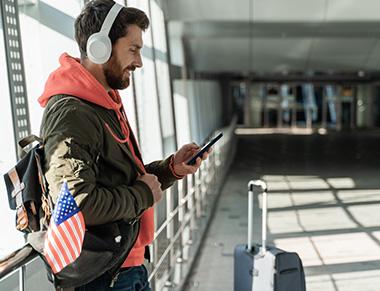 It is a generally accepted fact that the US is a country built by people who came from different corners of the world. Looking for better prospects, immigrants kept coming to the United States throughout the country’s history. They make their contribution to the development of democracy, make the labor force better, and add new colors to the palette of the culture. America cannot be imagined without immigrants. Still, they have always had certain issues coming to their destination. An American immigration essay is a popular assignment for students. They need to express their position on how the US treats its newcomers.

The policies of the country can be different from the key provisions of democracy and human rights. Immigrants experience huge pressure and tension around them. It is the result of nationalistic views, xenophobia, or probably even common fear present in society. In the past, the public supported such policies as the Immigration Act of 1924, the Chinese Exclusion Act, laws on the basis of quotas that established boundaries for immigrants, and others. They used to make the lives of immigrants as hard as possible. Now, at the times of globalization, technological progress, and demographic changes, there are still citizens who hate immigrants. They tend to believe that new people hurt American values and culture. Thus, they express their fears through violent attacks on the newcomers.

With the movement up and down, immigration has interesting tendencies which the students try to analyze in their writing. A popular assignment from the professors is an essay on American immigration. The students can present their arguments in different styles of essay writing. They approach the topic from different perspectives while presenting their main point. It can be really challenging to make an American immigration essay interesting and thought-provoking. Still, experienced writers collected their ideas in this article to help you! If the advice here is not enough and the task still seems to be too difficult for you, we welcome you to order your assignment from EssayStore.net!

Typical Reasons for Immigration to the United States

Every month, hundreds or even thousands of people from different countries of the world send their applications. They want to get a visa and start a new life in the USA. Not every application is accepted. There are lots of people who are disappointed as their applications are rejected. After this unfortunate experience, they can make another attempt, and send a new application. So, what attracts so many people and makes them take numerous attempts to get a visa to the United States? A common essay on immigration in America tries to find the right answers to this question and cover the most typical reasons for changing their place of residence.

The United States is the destination number one for immigrants. This is the country that looks perfect and promising. In spite of the financial problems the US has been experiencing, its economy is still active and developing rapidly. Now it is at the stage of recovery and it offers a lot of jobs to those willing to make their career and earn money. It is natural that one of the popular topics of an argumentative essay on immigration is the American dream which motivates people to come here.

There are some cities in the United States that people idolize. L.A. and New York are the cities that people all over the world adore. These cities give lots of opportunities to entertain, find great jobs, enjoy the nightlife, and do sightseeing. Some people want to get to the United States to see a variety of weather patterns with snow for Christmas. Besides, they know about the beneficial policies of the US government. The main aspects immigrants like are assisting the poor, providing support to the elderly, and giving the best health care.

To join the family in the US

Online dating is popular nowadays and it has no boundaries. As a result, men from the US fall in love with girls from other countries. An immigration argumentative essay often touches upon different aspects of relationships that start on the Internet. After that, they result in marriages arranged with the support of immigration lawyers.

In some cases, parents leave their children in their native countries and earn the living in the US. Then they get the status of permanent residents and may file a petition to let their children join them.

To leave the chaos in a native country

African countries as well as the area of the Middle East and other parts of the world have dangerous living conditions. People want to live safely somewhere far from there. For sure, the United States looks like a preferred option as the country which welcomes free people. A professional immigration lawyer can negotiate the status of a permanent resident and even a citizen for people who want to forget about wars and suffering.

It is natural that an essay on immigration in the US cannot but cover the opportunities for education immigrants can get in the country of their dream. Ambitious men and women want to enter the most prestigious universities and get a degree that can make their future successful. They try to apply for a visa and get a degree. After that, they either stay in the United States or leave home and use their knowledge in their native countries.

For sure, the role of immigration attorneys, in this case, is important. The process is not easy for a person eager to move to the US. It can be a perfect subject to discuss in a 5 paragraph essay about immigration.

Impacts of US Immigration

Immigration is a never-ending process and the number of people who want to leave their countries is growing. There are lots of immigration essay examples about the factors and patterns of dynamic changes evaluated and analyzed in writing. It is even more important to reflect on the impacts immigration produces.

Professors frequently ask students to think about the causes and effects in their American immigration essay. They are:

Every essay on illegal immigration refers to the United States as one of the preferred destinations. Every research devoted to immigration and the American dream is about people who look for better standards of living and making careers.

America is a country with a booming economy. It offers good wages and makes sure that its people enjoy a relatively low cost of living. The individualistic values of Americans attract thousands of people from societies built on ideas of collectivism. You can write an immigration issues essay and mention green cards, for example. We recommend touching upon other aspects of moving from native countries to a new country with new opportunities, better access to high-quality education, health care, and freedom overall.

Immigration in the US Essay Sample

The initial and greatest migration period extended from the 17th to early 19th centuries where more than half of all European settlers to Colonial America entered as indentured workers. Historians approximate the numbers who migrated during this era were comparatively small; fewer than one million refugees crossed the Atlantic in the 17th century. Immigrants originated from diverse regions like France, Netherlands, and the Palatinate. Other settlers were Jews, also from Poland or the Netherlands. However, most immigrants of this period mostly hailed from the British Isles. Nevertheless, by the 1820s that trend altered. This phase announced the first period of mass resettlement. From that time throughout the 1880s, approximately 15 million immigrants moved to the United States, with the majority preferring farming in the West and North, whereas others settled in major cities like New York, Boston, and Baltimore.

Immigration trends of the 1930s were controlled by the immense depression, which greatly impacted the U.S. and remained there for more than a decade. Approximately, 8 million immigrants moved to the United States (from 2000-2005), which was the highest degree of resettlement ever recorded within a period of five years in U.S. history. Nearly half migrated unlawfully. Current refugees reside primarily in seven states basically having 44% of the United States total population; California, New York, Florida, Texas, Pennsylvania, New Jersey and Illinois. The sum of the refugee inhabitants of these states is 70% of the entire alien-born citizens since the year 2000.

Immigration is commonly believed to lessen the general income rate in the United States by escalating the number of persons seeking employment. Apart from any impact on earnings, there are several ways in which immigration might improve the economy of a country. First, immigrants might participate in resourceful or scientific practices, with the outcome being a benefit to everybody. Second, immigrants increase the magnitude of markets for a different merchandise, which may bring about reduced company’s normal overheads owing to an increase in the size of the company. The effect would be a decline in the cost of the supplies under consideration. Third, nearly all immigrants move between teenage and prime years (15-35), so the costs of their crucial education are paid in the U.S. Formerly, most immigrants, being of employment age, instantly got employment opportunities. Hence, immigration amplified the fraction of the residents in the United States that were employed, an aspect that elevates a nation’s economy.

Fourth, although refugees can create tension on government amenities in a region, like the learning system, they also give dues. Even unlawful immigrants pay transaction duty directly on their acquisition of commodities and ultimately pay property tolls through their rental fees. Lastly, the fact that refugees are less expected to move to the United States in times of high joblessness is also advantageous. By lessening the number of citizens in search of employment during this phase, this feature enhances the probability that U.S. residents will be capable of getting a job. Nevertheless, determining the consequences of resettlement on the United States is complicated and practically none of the effects discussed in this paper lack controversy. So far, nearly all monetary historians consider the outcomes of immigration to be much less detrimental than frequently believed and, in various ways, have been helpful.